Pairing a Disklavier with a Router, in most cases is a very easy process, and if you follow the normal instructions it usually works, but sometimes it does not. This is a post to help in some of those cases.

If you can log into your Router there are ways to manually pair with your Disklavier. First login to your router. For example the login page in some Xfinity routers is 10.0.0.1 or 10.1.10.1 in your browser URL.

Then click on the Wi-Fi under the Connection button on the left side. Then click on [Add Wifi Protected Setup] button: 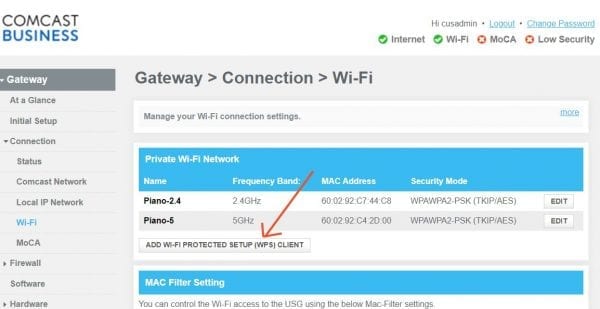 This has worked for me when the button on the Router would not seem to pair the Piano and Router. Hope this helps.

If you are interested in selling or consigning your piano please complete the following form and fill in all blanks. We will review your information and may request a photo of your piano.

who distinguished himself as a highly successful piano retailer throughout his remarkable 60-year career in the music products industry, passed away peacefully in his sleep on Saturday, February 2 in Bradenton, Florida. He was 78. Bill was best defined as a tireless entrepreneur, savvy businessman, guiding mentor, devoted husband and wonderfully loving father. He, along with his wife, Sandy, was the owner of and guiding force behind Palmetto, Florida-based Piano Distributors, one of the most successful piano store chains in the nation, with thousands of satisfied customers largely in the Southeast.

Born July 9, 1940, in Raleigh, North Carolina, to William and Virginia Boyce, Bill grew up in Windsor, North Carolina.
His six-decade career in the music business effectively began in 1959 when, at the age of 19, he was invited by his uncle, Edwin Poole, a band director in North Carolina, to join his Raleigh piano store, E.R. Poole Music Co. Bill’s initial calling was in the field of engineering, which he studied at North Carolina State University in Raleigh. He worked part-time in the store to pay for college, selling his first piano in 1959. He earned $40 a week plus a 3% commission on anything he sold. Upon graduation in 1961, now earning $10,000 a year at the music store, Bill was approached by a recruiter for IBM, who offered him a starting salary of $5,400/year. “I told them I was making [more] in the piano business,” Boyce told a reporter several years ago. “I couldn’t take the pay cut.”
From that moment, Bill became a lifer in the piano business. He opened his first store, and eventually had a chain of full line stores in North Carolina under Bill Boyce Music. In 1962, he began selling both pianos and organs, renaming his business, Piano and Organ Distributors. His excitement for sales escalated over the next few years, as he loaded pianos on vans, answering classified ads in the newspapers. He fell in love with “Outside Promotions,” working all the county fairs, and requiring each of his store managers to do at least one outside promotion a month. His sales motto: “The Outside drives the Inside.” In 1982, Piano Distributors became an authorized dealer for Yamaha, the world’s largest manufacturer of musical instruments. To this day, the company continues to be the exclusive authorized Yamaha Piano Dealer in each of its multi-state markets.
Encore Performance
In 1993, Bill married his beloved wife, Sandra “Sandy” McCowen on the beach in St. Thomas, US Virgin Islands, and, semi-retired at the age of 52 now living in Durham, turned over the management of his North Carolina stores to his son, Cliff. Bill and Sandy eventually moved to Florida in 1997 to relax and enjoy their new home on Sanibel Island. However, the idea of retirement was short lived, as Bill quickly found that he had too much love and enthusiasm for the piano business to leave it all behind.
Yamaha had some influence over the matter, too. The global music company was so impressed with Bill’s success in selling its pianos in North Carolina the previous 20 years, that it offered the couple the proverbial “deal you can’t refuse.” He opened his first Piano Distributors store in Sarasota on April 1, 2001, and today, there are nine locations in Florida and Georgia, including a new store in Jupiter, Florida, which opened December 2018. Each location offers all Yamaha piano models including the Clavinova and the Disklavier reproducing piano, along with pre-owned fine brand pianos.
Yamaha has recognized Piano Distributors with a Top Dealer Award consistently since 2004. The company maintains an extensive outside promotion schedule, for which Yamaha recognized Piano Distributors as the 2018 “Promotions and Outside Events Dealer of the Year” in January 2019. “Our industry has lost not only an icon, but a true gentleman,” said Dan Rodowicz, general manager, Keyboard division, Yamaha Corporation of America. “Bill was always a man of his word. Beyond that, he mirrored the Yamaha mission of creating more music makers. I can’t even imagine the number of people’s lives that are better because of the joy of making music that he introduced to them.”
In addition to running Piano Distributors, Bill served as President of the National Association of Young Music Merchants (NAYMM), which prepares young professionals, ages 21–35, for greater leadership roles within the products industry through business, social networking and leadership development programs, such as industry mentoring. He also enjoyed many years with the KIG group.
With Bill’s passing, Piano Distributors is now led by his wife, Sandy Boyce, and Frank Harvey, who was promoted to President of the company in 2016.

Thank you for your interest in the Clearance Piano Sale. We have over 3000 pianos in stock in all styles and price ranges.

Our Tampa Staff and Teacher 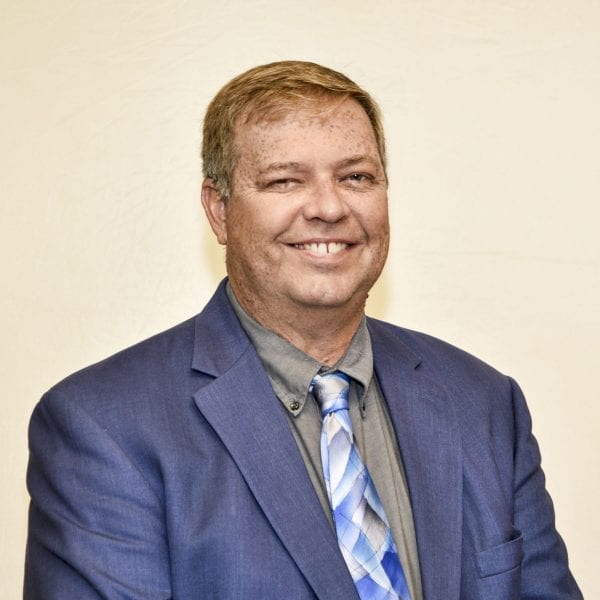 Originally from Ohio Bob grew up immersed in the family music business. Having held virtually every position in the retail music industry from V.P. to delivery driver, over the last 40 years, he has a great time
helping others enjoy the hobby of making music. He is best known as the guy who can teach you to play one song in one minute using just one finger! Stop in and let him show you how it’s done! 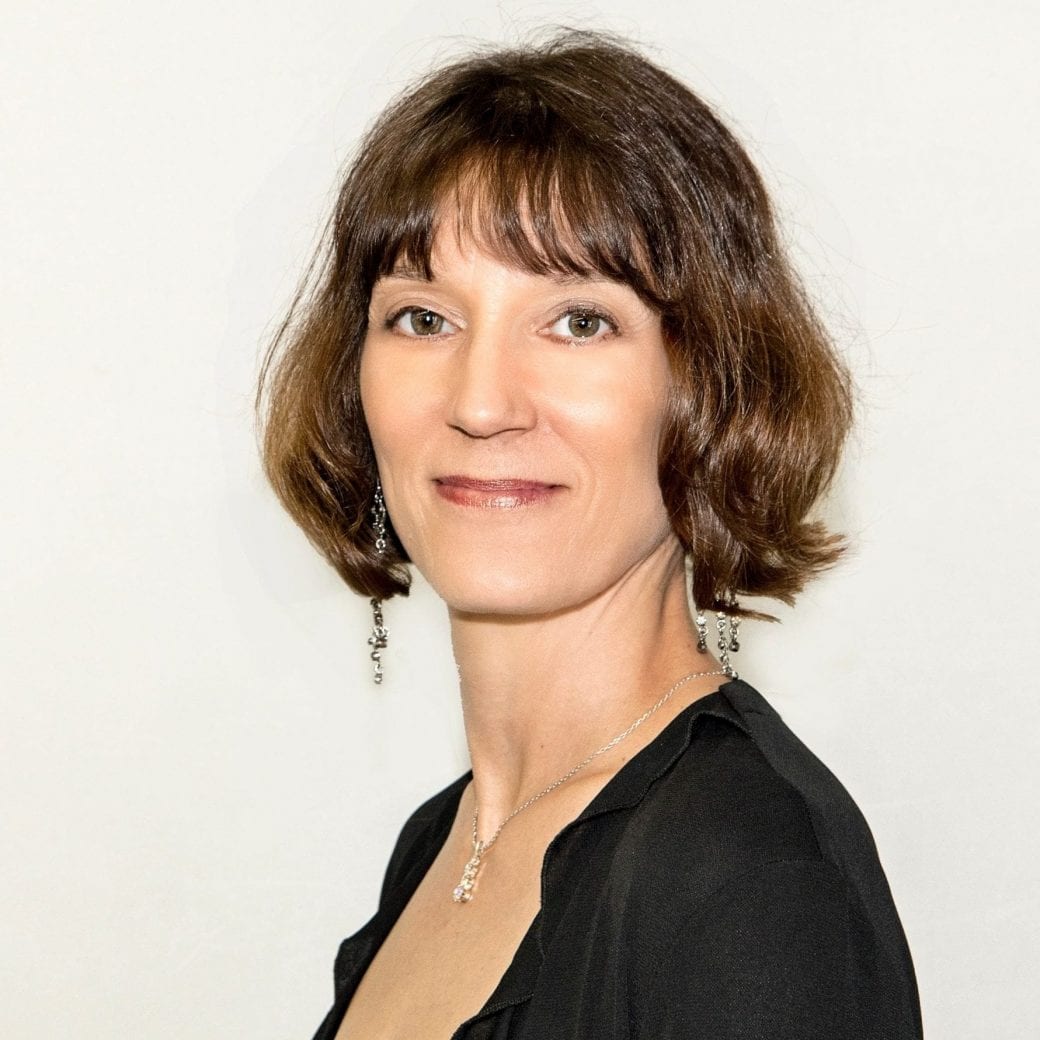 A singer and performer, Karen has accompanied various choruses, sang in choirs, and performed in various bands, including a top 40 country band. In 1996 she joined Piano and Organ Center’s staff in Rochester, teaching various Lowrey classes and Technics courses, and joining their sales staff. 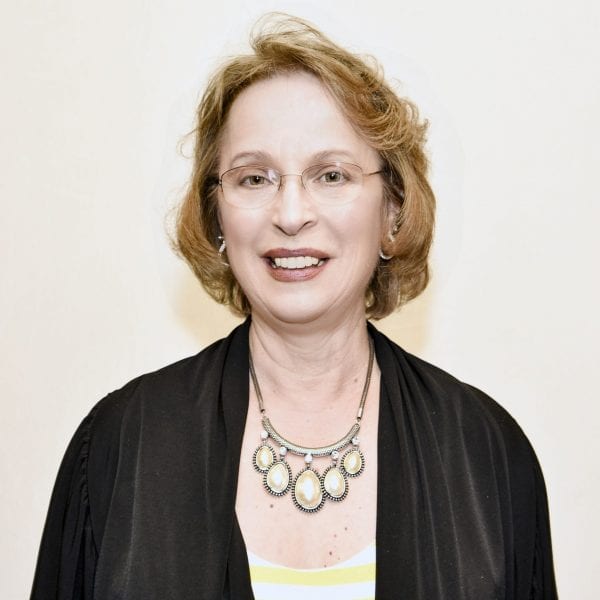 Born and raised in Connecticut, Pat’s dream for teaching piano began at the young age of seven. Over the next several years, she had the good fortune of studying with the finest music professors at University of Bridgeport; Rudy Mollnaro, Linda Soley Reed, and Frank Porto, Jr. Pat was now on the way to fulfilling her childhood dream.

After completing her music studies, Pat taught at, and managed many music studios in Connecticut. This prepared her to go on to ownership of her own music studio in Bristol, CT with the ability and expertise of working with students of any age.

Hundreds of Pat’s piano students have performed in Solo & Ensemble competitions over the years, and she is proud of their accomplishments and numerous trophies.

Now living in Tampa, Pat brings her expertise to Piano Distributors where she teaches both private and group lessons. Pat is able to live her dream every day as she shares her love for piano with her students, and as she helps to make their dreams come true!

Personalized lessons are carefully tailored to the individual needs of each student. We invite you to stop in or call us for more information about enrollment for yourself or family members.

We seek to bring the joy of music to individuals, families, and institutions and to be an advocate for music in the communities we serve so as to enrich lives and fulfill dreams.

Concerts and Special Events for Naples


Return to the Store Page

Concerts and Special Events for Clearwater


Return to the Store Page